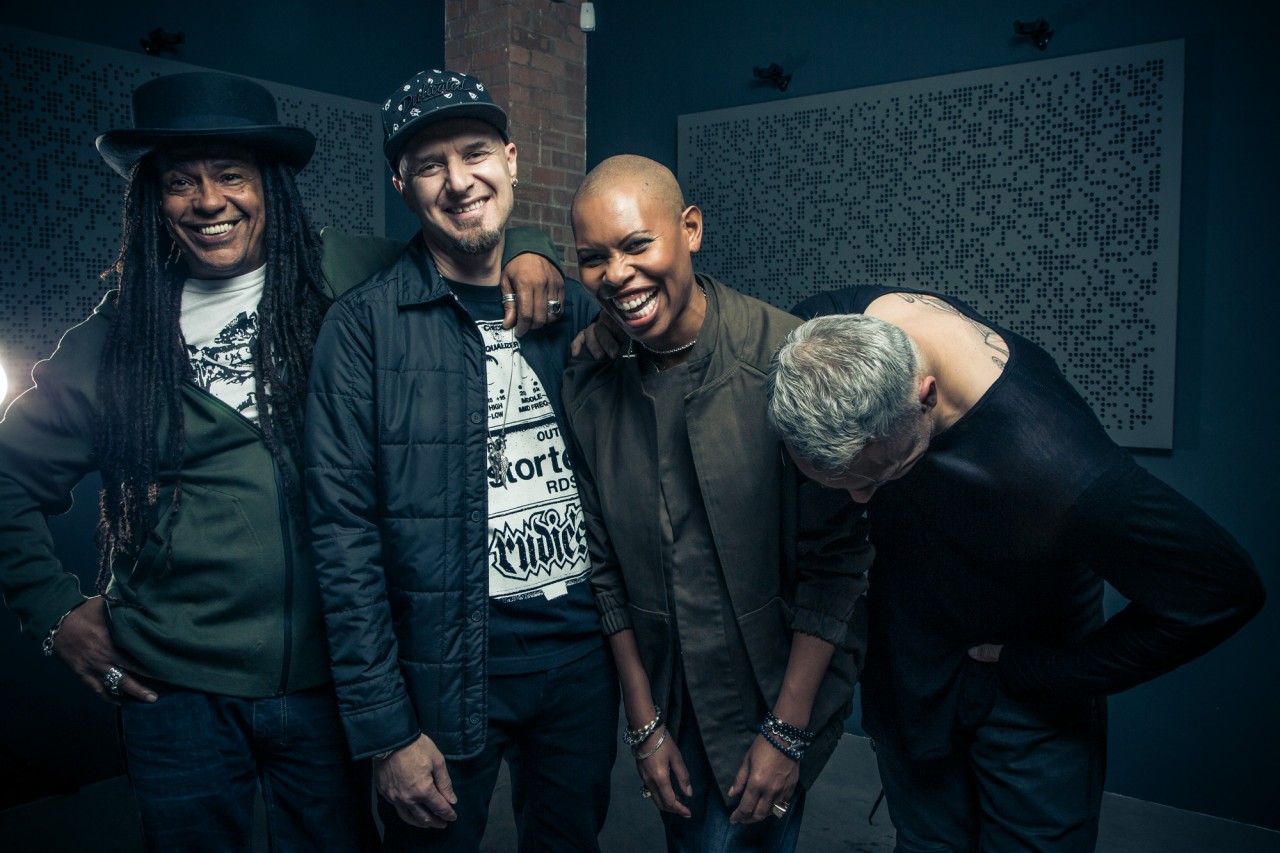 After a proper period of hiatus and a greatest hits album, all four original members have realigned to create and promote what can only be called a modern, melodic yet dark rock masterpiece in ‘Wonderlustre’. Skin, Cass, Ace & Mark are not coming back, their defiant grain just sticks out a bit more prominently in our collective ether now and hopefully it will stay that way for some time to come.

As a wise lyricist once said whilst ever so delicately threatening that his Mama was going to knock you out, “don’t call it a comeback / I been here for years”, so Skunk Anansie invades your aural space with their first, arguably, most anthemic and assertive single in years, “My Ugly Boy”.

Having spent just under a decade recording, releasing & performing 3 of the most iconic and indeed mainstream rock albums of all time, the band’s beginnings were recently compiled when they were asked to recount their experience as rockstars on email.

Who knew that they have a passion for hot desert islands, a need to consume huge amounts of lobster, or that Skin has an obsession with squids? What about the fact that Mark and Cass are commonly referred to as the protectors of the band; or that Mark and Ace are regarded as rubbish dancers compared to Skin and Cass, and that Skin learned to hula-hoop from Grace Jones (which couldn’t be more fitting – perhaps this was Grace’s way of passing her crown of Amazonian strength down to her heir)? And who could possibly have known that the band’s lesser known entry into the Guinness World Book of Records is owed to Cass’ loudest recorded laugh in Hackney Road since Henry III’s in 1535!

But all colourful trivia aside, Skunk Anansie’s latest offering ‘Wonderlustre’ is just what you want in this kind of album – it is progressive in terms of the breadth of their back catalogue, it is relevant in today’s mélange of guitar and vocal landscapes, it is strong and fierce and completely full of massive emotive expression. In short, it holds just the right amount of elements that you want in a Skunk record which the ones before it have possessed quite confidently but it also provides a new sound that no one would expect from this collective of animalistic rock n roll heathens. It is like that perfect ‘first album’ all over again.

Broken down on a track-by-track basis, ‘Wonderlustre’ makes listening an adventure as it takes you on a rollercoaster of moods but somehow manages to remain a whole work and maintain a skunked identity throughout.

Highlights are opener “God Loves Only You” which sets the precedent for a luscious tuneful weight but at the same time is made delicate by Skin’s noticeably more breath-y and deeper vocal stylings; then we are thrown straight into the infectiously acidic guitar riff at the start of lead single “My Ugly Boy” which is truly one of the most lyrically perfect songs ever written as you hear Skin confidently blast “my ugly boy / my sweetest toy” across the airwaves and resonate throughout the track, like a buzzing neon sign or glowing lights of sped up traffic as it pulses through a room.

On a mellower note, “Talk Too Much” and “You Saved Me” are energetically down-tempo as they lull through their incredibly addictive melodies and are pleadingly held together again with beautifully melancholic chord progressions and Skin’s smoky vocals kicking in to reveal two positively standout tracks.

Other favourites include mid-tempo pop rock confection “The Sweetest Thing”, the dark and sensual “My Love Will Fall” and hook-healthy puncher “Feeling The Itch”. But the most important thing to understand about this album as a whole is that it is a recorded representation of a band changing and yet somehow still retaining the relevance it once had, ultimately sweeping them into the world of contemporary rock of all kinds.

Says Skin of making ‘Wonderlustre’, “We have a brand new vibe on this album, it came to us very naturally and for the first time ever all the beauty came out of jamming together, keeping the chemistry and circle of energy rock solid and understanding instinctively what works and what was utter tosh!”