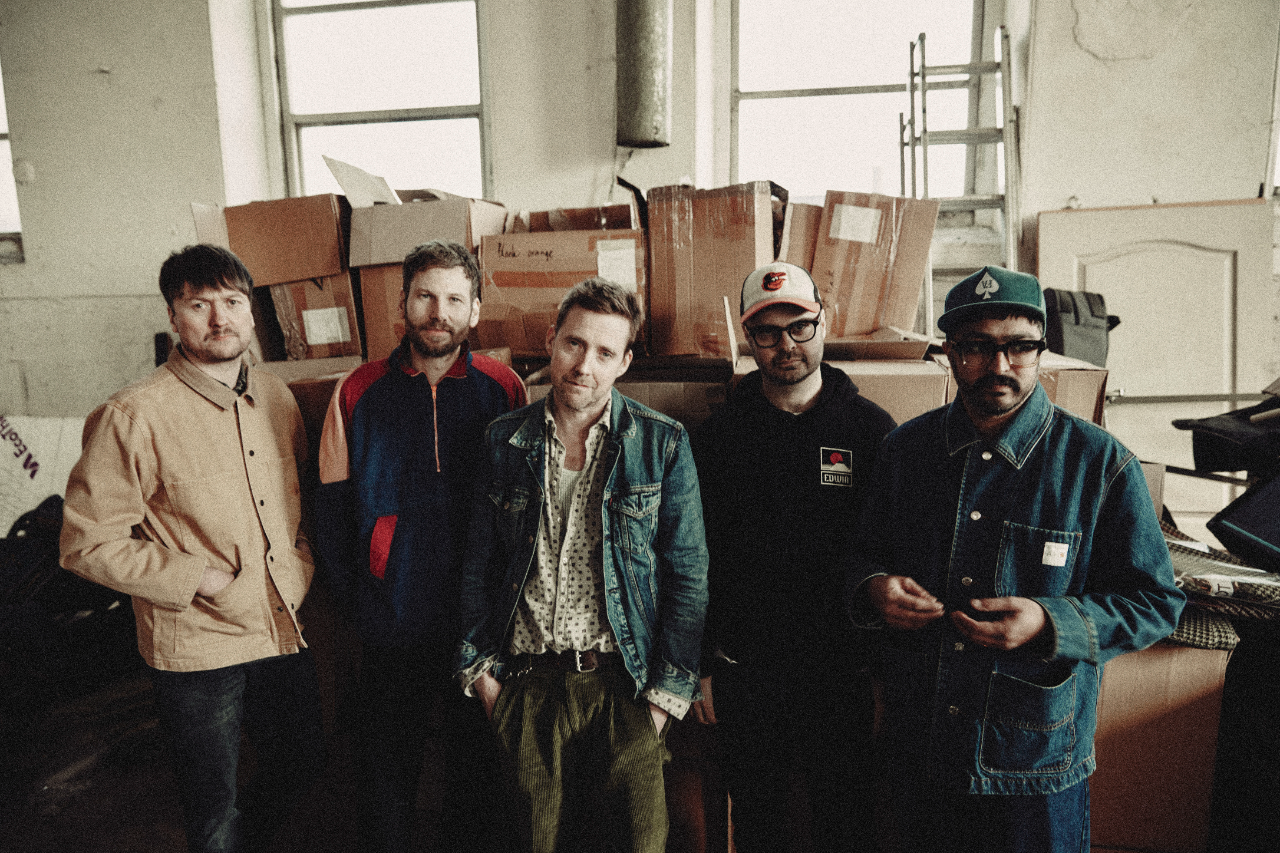 Formed in Leeds in 2000, Kaiser Chiefs are one of the leading bands of their generation. Fronted by the charismatic Ricky Wilson with Simon Rix on bass, Andrew ‘Whitey’ White on guitar, Nick ‘Peanut’ Baines on keyboards and drummer Vijay Mistry, the band have had a string of anthemic hits such as ‘Oh My God’, ‘I Predict A Riot’, ‘Everyday I Love You Less and Less’,  ‘Never Miss A Beat’ and ‘Hole In My Soul’

The band have released 7 original studio albums which includes their Mercury nominated debut, ‘Employment’ which sold over 2 million copies, Its number 1 follow up, ‘Yours Truly, Angry Mob’, which went twice-platinum in the UK alone and ‘Education Education Education and War’ which entered the UK Album Charts at number 1.

They have achieved, top ten singles including the infamous number 1 hit ‘Ruby’, 3 Brit Awards, an Ivor Novello award for Album of the Year, toured with U2, Foo Fighters and Green Day and sold 8 million albums.

“We might never get to the point where we can sit in an armchair with our arms behind our heads and go: ‘lads, we’ve done it’. But at the same time, maybe that’s why, years later, Kaiser Chiefs are still here.”