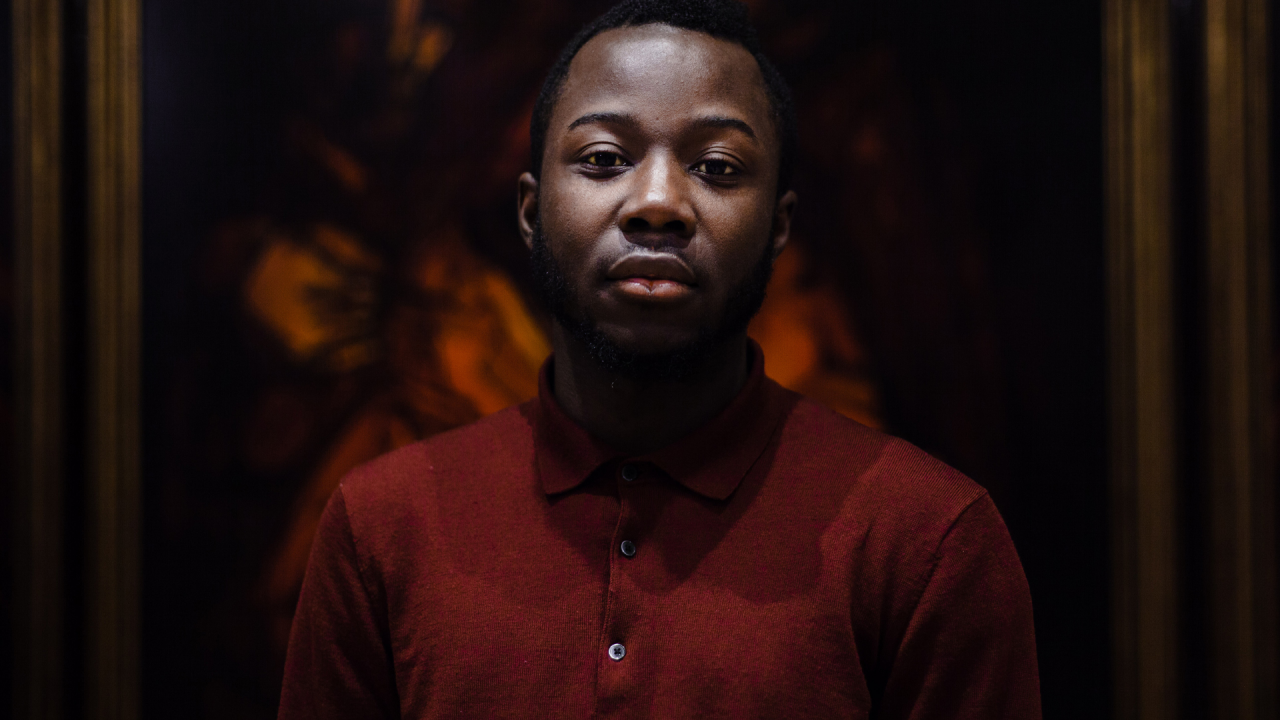 His name - a play on the Latin “renascentium” - refers to a rebirth. It came to him when he was eighteen years old and had just traveled to his native Congo for the first time. He returned to Belgium determined to pursue a career in music more fiercely than ever before.

“I can’t have been older than eight”, Sam reminisces, “when I attended my first big gig with my dad. I told him I wanted to be up there - on a stage, in the spotlights”. He was already taking drumming and music lessons and digging through his supportive father’s record collection, where he discovered iconic bands such as Pink Floyd, Led Zeppelin, Dire Straits and Deep Purple. As a teenager, he attended a high school for the arts in Antwerp, a big step towards taking his musical dream to the next level. In the next few years, he performed as MC and joined two different hip hop bands. After studying latin jazz in the US at Rutgers State University, he was one of only five people accepted into the Conservatory of Amsterdam for a Bachelor Degree in Music.

The first albums he ever bought included classics such as U2, Queen and Kraftwerk as well as lesser-known bands such as trip hop group Smith & Mighty and Steel Pulse, a roots reggae band from Birmingham. Today he admires music and lifestyle powerhouses (Kanye West, to name just one) and strong vocalists. His playlists feature both blues rock and free jazz and put Jacques Brel and Kendrick Lamar right next to Sun Ra.

One of Sam’s most charming features is his willingness to put in the work. The road to fame is inevitably paved with gigs in less than ideal venues for less than plentiful crowds. But it’s all good. Without hesitation, Sam jumps on stage - quite literally - and gives his fans what they came for. “In that moment, you are each other’s priority. And you owe it to every single fan or supporter to give them a vibrant show. It’s all part of the journey”.

And his hard work is paying off. Now a Master student at the University of West London, he was recently signed by V2 Records. For the past few months, he has been working with multi-platinum selling British record producer Steve Osborne, who has worked with U2, Placebo, Elbow, KT Tunstall and Peter Gabriel, and with Pete Hutchings, who has produced for Adele, Florence and the Machine, Goldfrapp and Kylie Minogue.

His first single was Kobotama. A smart pop song featuring vintage synthesizer chords, electronic beats and a chorus you only have to hear once to remember. But it is the African accents - the percussion, the balafon, the Soukous-inspired electric guitar - that really set it apart. Sam confirms that the title, Lingala for “reborn”, is “definitely” a nod to his Congolese family. “Plus, how cool does that word sound?”.