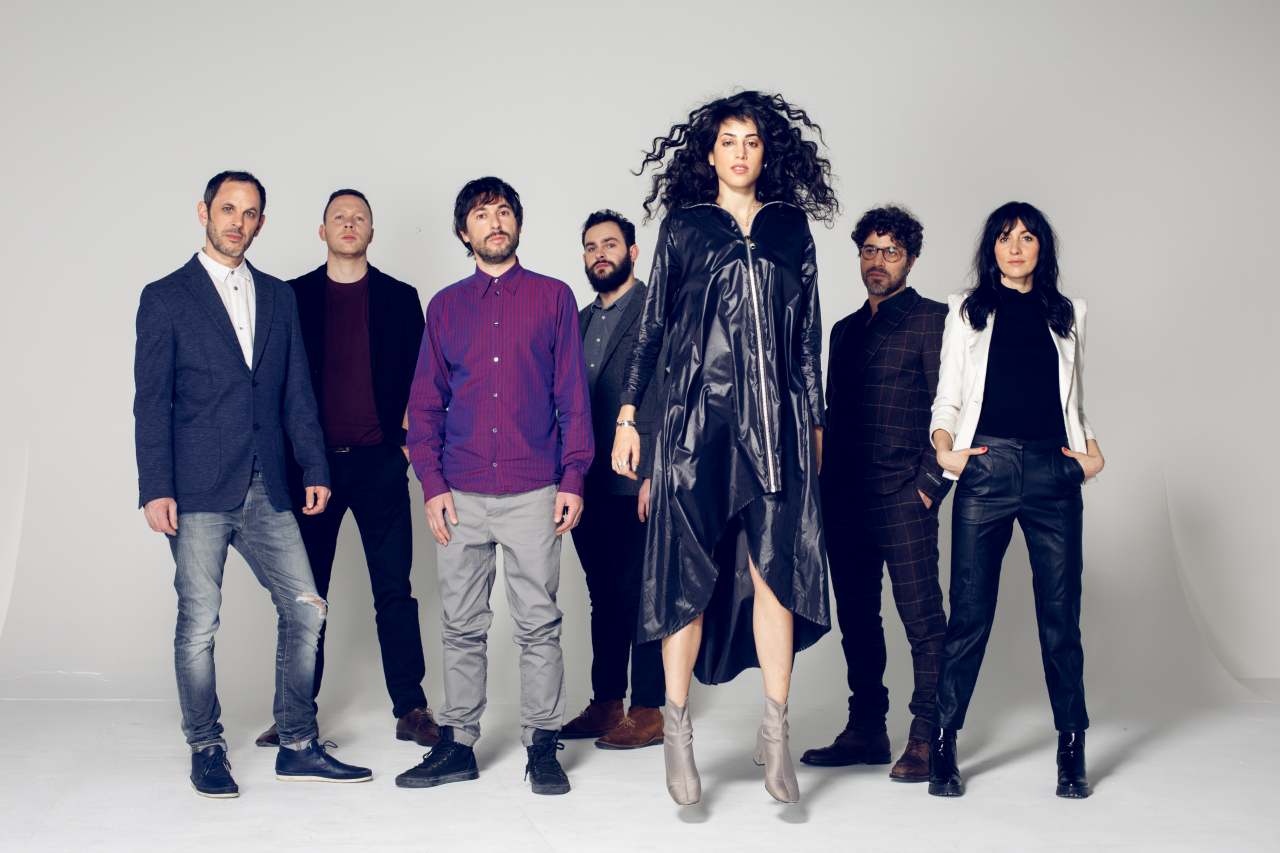 The band mix subtle, dynamic rhythms and western melodic sensibility with the folk music of their Jewish and East European heritage.

Whilst the sound has developed and the personnel has evolved, the vision has remained the same. The band mix subtle, dynamic rhythms and western melodic sensibility with the folk music of their Jewish and East European heritage and deliver it live with a trademark energy and dynamism. From their earliest days Oi Va Voi have managed to resist categorisation while remaining internationally accessible.

As their journey resumes with a new album and a dynamic, expanded live show, the Oi Va Voi sound of 2018 is more nuanced than before - the songs are more worldly, and carry a greater social urgency. The vibrant energy remains though, along with a unifying and heartfelt message of our common humanity in a world which seems increasingly polarised.

Formed at the dawn of the millennium by six young Londoners with diverse musical roots, Oi Va Voi made an instant impact with their debut album Laughter Through Tears. Produced by Grammy award winners Bacon & Quarmby, the album was a double winner at the BBC Radio 3 World Music awards and Dutch Eddison Award winner. It was listed in The New York Times Top 10 albums of the year and launched the career of guest vocalist KT Tunstall.

The follow-up Oi Va Voi was met with favourable reviews but within a month of its release the group’s label was sold. They boldly took control of their own fate, using the proceeds from their unique live shows and festival appearances to finance the recording of their third studio album, 2009’s energetic, Travelling The Face Of The Globe.

Widespread acclaim for that album launched the band back on the road, with sell-out gigs across Europe, Russia, Turkey, Israel, and memorable appearances at London’s Shepherd’s Bush Empire and WOMAD. A long and prolific period of gigging followed, with the band consolidating its reputation as a magnetic live experience for fans across several genres.

For their forthcoming album, founding members Josh Breslaw (drums) and Steve Levi (clarinet/vocals), along with trumpeter Dave Orchant and guitarist Michael Vinaver, make up the core songwriting quartet. Also prominent on the album is the spellbinding, virtuosic violinist Anna Phoebe, who has appeared live with Oi Va Voi while building a successful solo career.

Since the early days with KT Tunstall to the last record with Rudimental’s Bridgette Amofah, Oi Va Voi has also featured a female guest singer, and the latest line-up includes 6 songs from stunning new vocalist Zohara. “She has a spellbinding voice,” says Josh. “When we first heard her we sent her a track and she sent it straight back with a vocal that blew us away. So we sent her another track – and then another.”

The result is an album that brims with Oi Va Voi’s traditional strengths of blazing musicianship, insightful songcraft and meticulous production - and adds to that a more ambitious rhythmical texture, along with personal soul and political urgency in Levi’s lyrics and Zohara’s voice. Sonically, it registers as the group’s most expansive recording to date.

Over a singular career Oi Va Voi have made a point of transcending genre and defying trends, in favour of more enduring and meaningful musical and cultural values. The new songs will get their first live outing alongside established favourites from Oi Va Voi’s catalogue when the band tours later in 2018.