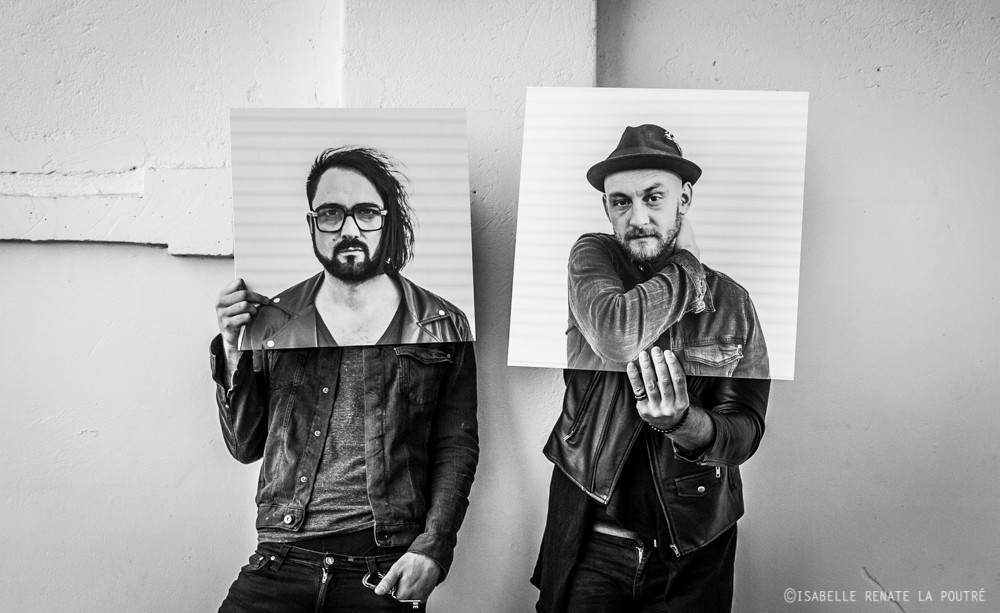 HATY HATY is a collaboration between critically acclaimed artists David Douglas and Blaudzun delivering an exciting blend of indie and electronic music. Their debut live performance took place on ADE 2015 and is followed by a full length album release at V2 Records Benelux/Atomnation. The LP titled “High As The Sun” is released on March 11th 2016.

Blaudzun is a well respected indie artist in Europe with several chart successes, awards, a golden album and many appearances at festivals like Hurricane/Southside, SXSW, Pinkpop, Lowlands, Bråvalla, Pukkelpop and Rock Werchter. He has been long time friends with producer and electronic artist David Douglas, who released his debut album 'Moon Observations' on Atomnation in 2014. His record received rave reviews world wide and Douglas made big impressions for his captivating live sets on his European tour.

The two Dutchies teamed up in February 2015 to write and record some new tunes. David Douglas: “It’s been a long time wish to work together, due to our own recording and touring schedules it never happened untill this year. We locked ourselves up in different studios and hotel rooms to just record without any expectations. Some of the music evolved from basic beats and melodies into complete arrangements including vocal lines and lyrics in just a few hours.” Blaudzun: “Ofcourse we did a lot of tweeking, mixing and added lots of stuff afterwards. But the first period of tracking was just a rush, a kind of flow of letting out all the ideas that were hidden in our brains and hearts. It felt like a spontaneous combustion of both our musical ideas and backgrounds.” According to Douglas it was all about being in one recording room together at the same time, creating sounds, capturing melodies and mixing instantly without thinking too much about it in advance. Douglas: “We didn’t want HATY HATY to be the typical e-mail-facetime kind of studio collaboration where two individual musicians are working on their own in different places and combining sounds and ideas afterwards.”

The name HATY HATY is derrived from the Indonesian word ‘Hati’ meaning heart and is often used as ‘Hati Hati’ when wishing someone luck or courage in difficult times or when crossing chaotic city streets. “It translates best as ‘watch your heart’ or ‘take care’. Besides that we liked the idea of referring this project to the ancient Norwegian mythology of the wolf-like creature Hati who is responsible for chasing down the moon and eating it.”, Blaudzun says.