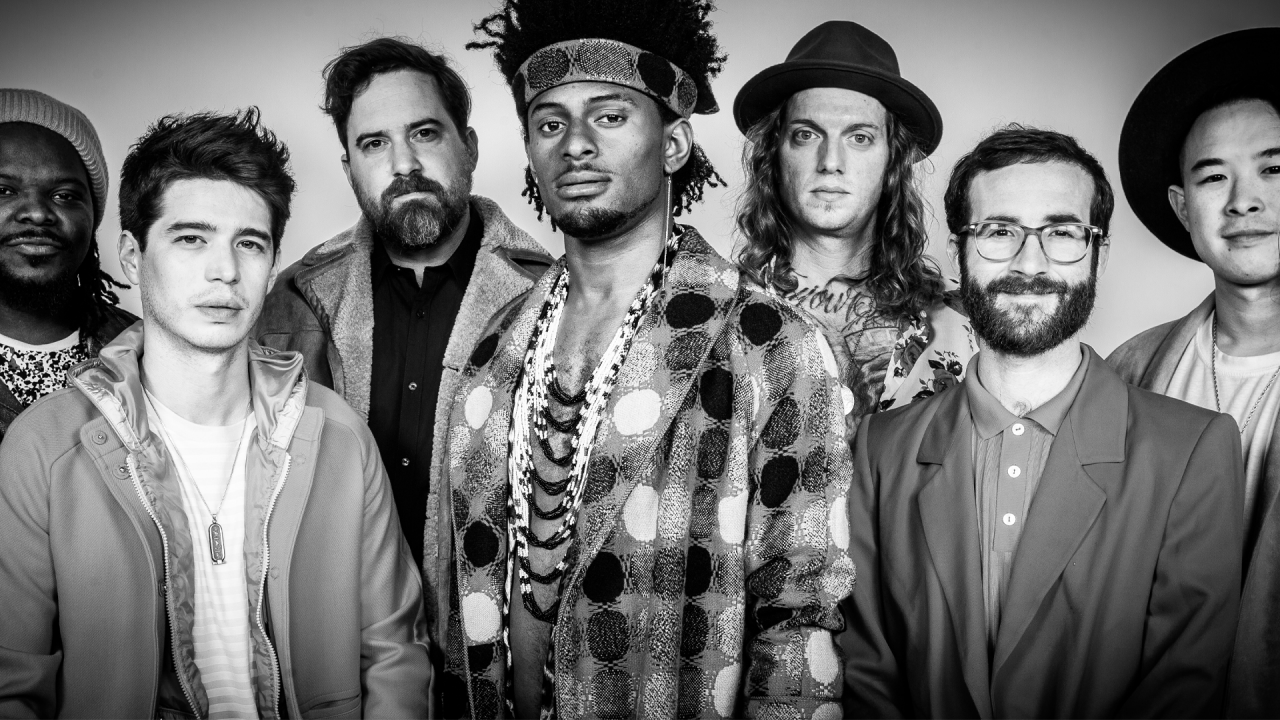 The night before Con Brio headed into the studio to record their first full-length album, 23-year-old Ziek McCarter had a dream.

In it, the singer received a visit from his father, an Army veteran who died at the hands of East Texas police in 2011. His father delivered an invitation: Come with me to paradise.

Formed in 2013, Con Brio is the offspring of seven musicians with diverse backgrounds but a shared love for the vibrant Bay Area funk and psychedelic-soul sound pioneered by groups like Sly & the Family Stone.

By 2015, when the band self-produced their debut EP, Kiss the Sun, Con Brio had already become a West Coast institution on the strength of their magnetic live show, with McCarter’s swiveling hips, splits and backflips earning him frequent comparisons to a young Michael Jackson or James Brown.

After a busy 2015 spent touring the U.S. and Europe, playing alongside veterans Galactic and Fishbone, and racking up critical acclaim on proving grounds like Austin City Limits -- where PopMatters declared Con Brio “the best new live band in America” -- they headed home to parlay their momentum, chemistry and tight live sound into a full-length record.

In an era when much has been made of the “death of the album,” there’s no question that Paradise, released internationally in summer 2016, is a fully-formed journey -- a trip made all the more immersive by Caldato’s raw, live style of production. “We tried to create a narrative in the studio, in the same way that we segue between songs live,” explains McCarter of the record’s arc.

From the first primal wail of Benjamin Andrews’ electric guitar on the title track -- Paradise is bookended by intro and outro versions -- the album tells a story about modern life through its contradictions: “Liftoff” speaks of an urge to fly, to transcend the day-to-day with a starry, bird’s-eye view. “Hard Times” brings us crashing back to earth with the struggles of city life, inequality, and a fractured society desperate for healing. “Money” is a revolution, a rejection of societal pressure to equate success with a paycheck and abandon one’s dreams in the process.

“Free & Brave,” the band’s most overtly political anthem, is also arguably its most infectious. Over a driving R&B groove courtesy of veteran rhythm section Jonathan Kirchner and Andrew Laubacher (bass and drums), McCarter name-checks Trayvon Martin and Dr. Martin Luther King, Jr. Clearly inspired by his own personal relationship with police brutality, the song is equal parts heartbreaking and hopeful.

“‘Free & Brave’ is in part a response to the Black Lives Matter movement, but it was also created to serve as a reminder -- to myself and to whoever finds joy in that song -- that there is a light there. We don’t have to get bogged down, we don’t have to feel helpless,” says McCarter. “We might not see it on a daily basis, but we are still ‘the land of the free and home of the brave’...I still take pride in that, in what pieces of joy and happiness we can create here with our actions.”

Of course, songs about love and passion remain Con Brio’s native tongue. (At a recent Australian festival in which the band shared a bill with D’Angelo, one journalist told McCarter his sex appeal had eclipsed that of his longtime idol. McCarter continues to have no comment.) So it’s a refreshing surprise that the strongest love song on Paradise, in fact, is “Honey,” a sweet, spacious and vulnerable tune that allows the band’s horn section, Brendan Liu and Marcus Stephens, to shine. Though the band’s built a reputation on sonic bravado, it’s choices like these -- moments in which the music’s power flows from its subtlety -- that truly highlight where Con Brio is going.

As for where they’re literally going: The second half of 2016 will see Con Brio embarking on an ambitious international touring schedule, including stops at the lion’s share of major American music festivals (Bonnaroo, Lollapalooza, Summerfest and San Francisco’s own Outside Lands); Fuji Rock, Japan’s largest annual music event; Montreal Jazz Fest, the North Sea Jazz Festival in Rotterdam, the Netherlands; London; Paris; and more.

Which is not to say they’re intimidated. After performing most of these songs live throughout the past year, the team is running on adrenaline, and they’re thrilled to finally put this record in people’s hands. To bring old fans along for the journey, to help new fans lose themselves in a beat or a message. To spread music that, hopefully, shakes away the daily grind -- and nurtures listeners’ dreams about what their version of paradise on earth might look like, even for the duration of a song.

Ziek McCarter already knows what his looks like, because Con Brio’s building it. And from where he’s sitting, they’re well past ready for liftoff. 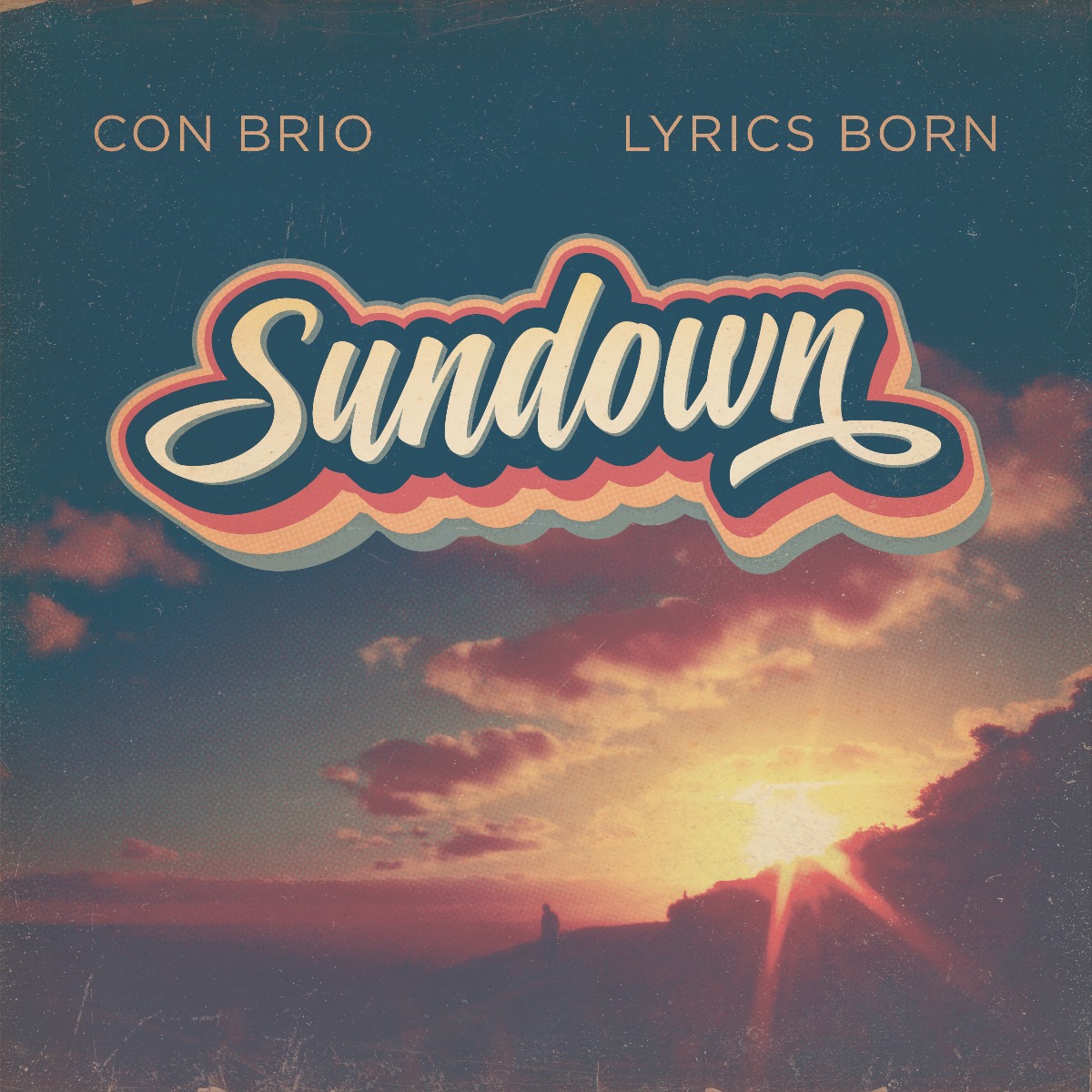